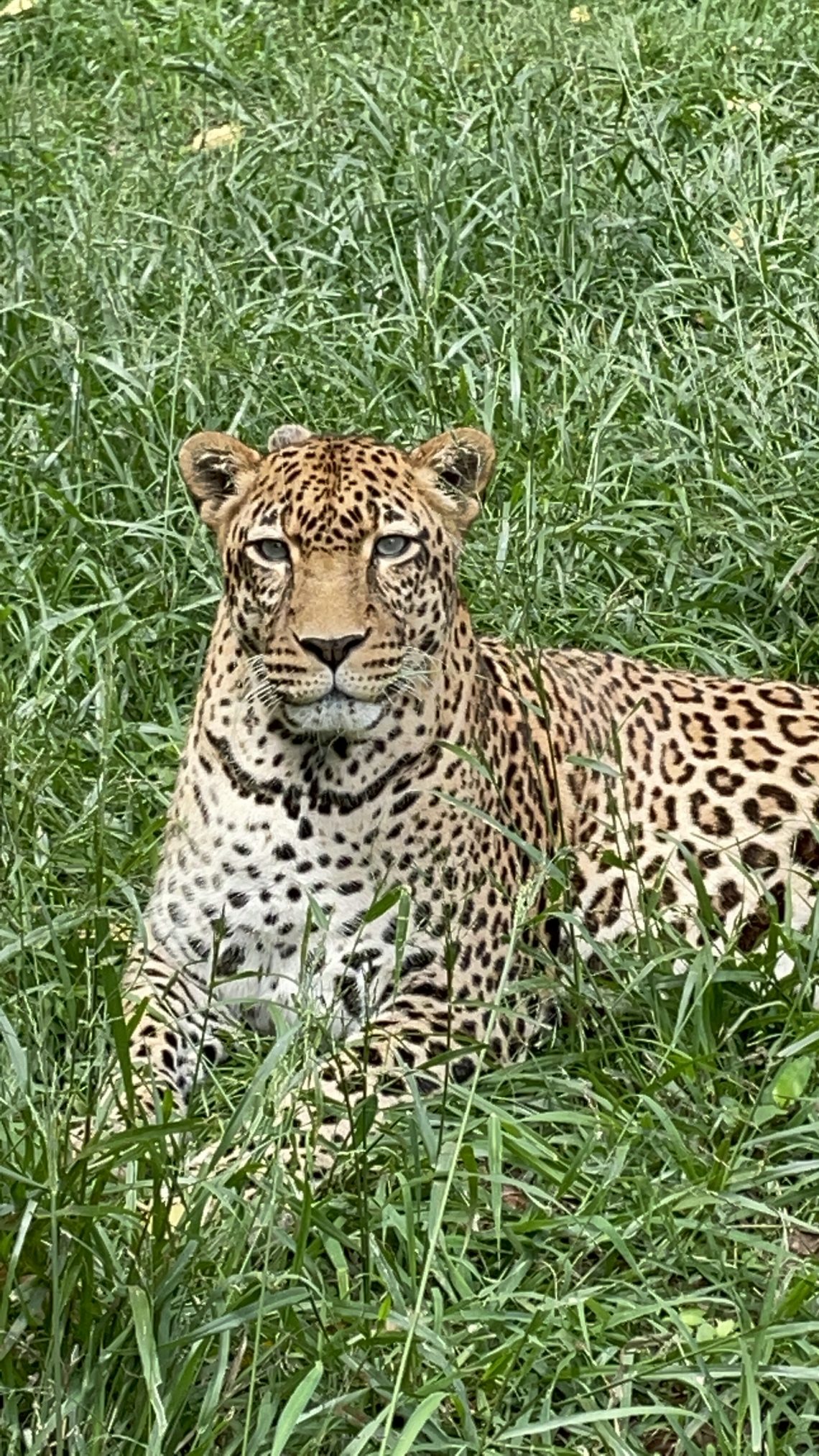 Returning to Kenya in 21-22 was a much-anticipated journey as I had been informed by my brother, Samuel Kamitha, that I would be initiated – inducted as the first-ever 13th seer into the Gikuyu society of seers. I had been told astrologically before leaving that the journey itself would be extremely challenging, the astrologer said there is no way they would make this journey, yet challenging or not, it was a choiceless choice to go, and wow was it ever challenging.

As I always do when I arrive in Kenya, the first thing I do is to go visit Talek the leopard, who is my good friend and lives in the zoo outside of Nairobi. He was found abandoned as a kitten in 2006 at two weeks old. He had fallen into a hole and could not get out and his mother abandoned him. When he was found, he was very weak, and would not have survived in the wild. He is an incredibly amazing being and an incredible ambassador to the human world. (I will write more on this later.)

In my first visit to Kenya in 2018, I met him for the “first” time and had an immediate telepathic connection with him, and every time I visit he knows I am again on African soil and is waiting for me. On that first visit, he sprayed me with a large stream of urine. Very pungent I might add. Other people around me were horrified and I was laughing. His keeper at the time said that being sprayed was an African blessing.

On any journey like this when you have even a little prior knowledge of what is coming when you say yes, it begins to work in you. Which had been happening for the previous six months. That night at dinner I had a bowl of soup and suddenly developed diarrhea made a bunch of trips to the restroom until I was completely empty inside.

Walking back to the hotel in the dark there was a wedding after-party going on at the hotel and I had to wait to enter in, as a car was backing out. It was a new moon dark night and the driver was tipsy at best and was being guided on how to back out by the hotel staff. I was standing off to the side to be out of the way when suddenly the driver turned their car towards me, and I took a step back onto the grass that I “knew” was there. Only it wasn’t. I had been standing on the very edge of the driveway and didn’t know it. As I stepped back there was nothing there and I fell 10′ into a concrete drainage ditch. I fell right into the middle of the drainage ditch and amazingly did not hurt myself. Everyone there was freaking out a bit and wanting to help me up and concerned that I had been injured, and I didn’t want any help as it was easier for me to get up myself. Talk about being protected!